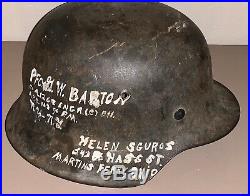 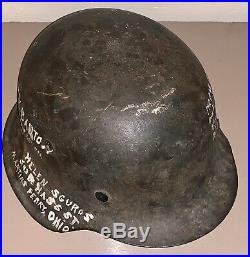 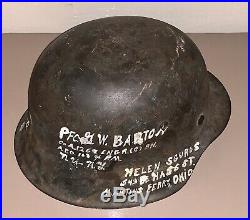 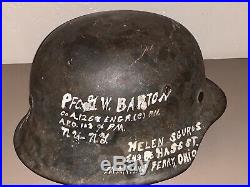 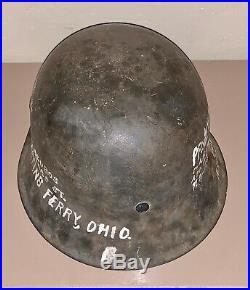 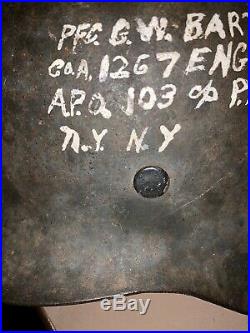 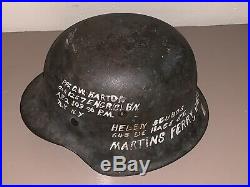 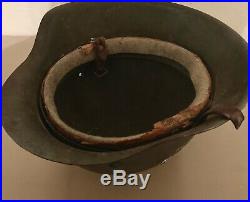 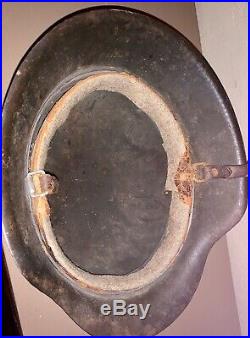 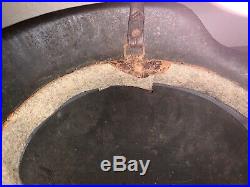 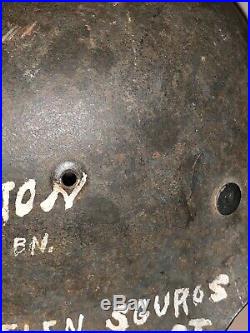 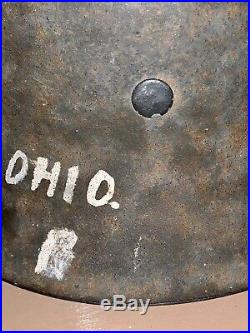 Untouched Original WW2 German helmet M42 CKL Hkp 66 This helmet is NAMED. He XXIII Corps was a corps-sized formation of the United States Army that was activated on January 15, 1944 at Camp Bowie, Texas during World War II. During the war, XXIII Corps served in the European Theater of Operations (ETO) as part of the Fifteenth Army. XXIII Corps served primarily as an occupation and military government force around Trier, Koblenz, and areas of western Germany (the southern area of what was termed the “Rhineprovince Military District”) to the south from April 1945. The corps command post was at Idar-Oberstein. [1] The area occupied by XXIII Corps was turned over to the French Army on 10 July 1945. As of 10 May 1945, units subordinated to the XXIII Corps included the 28th Infantry Division, the 54th Anti-Aircraft Artillery Brigade, and the 214th, 425th, and 426th Field Artillery Groups. GW Barton was found in the US census. He was 15 and lived with his parents in Texas in 1940. Im sure with further research there are many more facts. We have uncovered the possibility that he may have been killed in action, but have been unable to verify. This is a very interesting and unusual military artifact and a great addition to any collection. The item “Untouched Original WW2 German helmet M42 CKL Hkp 66 NAMED” is in sale since Monday, November 11, 2019. This item is in the category “Collectibles\Militaria\WW II (1939-45)\Original Period Items\Germany\Hats & Helmets”. The seller is “us-utna” and is located in Sacramento, California. This item can be shipped to United States.